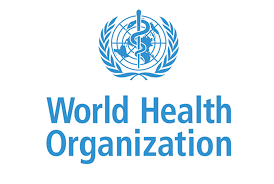 25 June 2021, Geneva | The first WHO Catalogue of mutations in the Mycobacterium tuberculosis genome complex and their association with drug resistance has been released today. The catalogue fills a critical need, providing a standard reference for the interpretation of mutations conferring resistance to all first-line and a variety of second-line drugs. The report summarises the analysis of over 38,000 isolates with matched data on whole genome sequencing and phenotypic drug susceptibility testing from over 40 countries on 13 anti-TB medicines. The catalogue lists over 17,000 mutations, their frequency and association with or not with resistance.

Molecular tests have revolutionised TB and drug-resistant TB diagnosis, providing accurate and rapid results to impact clinical management. However, apart from rifampicin, resistance detection is often below 95% for many anti-TB medicines, while for new and repurposed drugs, the gap is even wider.  The catalogue seeks to support TB laboratories around the world to interpret genome sequencing results and support guide the development of new molecular drug susceptibility tests, including next-generation sequencing.

The report describes the methods used, the mutations identified and summarises important findings for each drug. Areas for future research are also outlined. Regular updates of the catalogue are planned.